Introduction to the Alberta Prairie Railway

On Saturday one of the museums’ steam crew (and VP), Joel Mullan, went for a familiarization trip on the Alberta Prairie Railway to learn the route for firing 1392 during Rails and Tales:

At the end of April a number of us from the Alberta Railway Museum went down to the station at Big Valley to attend a rules class and exam to get APR rules cards and make sure we were all on the same page as the APR staff. It is also important to know the route we will be running so I arranged with the APR staff a rote familiarisation trip to learn the road we will be running on. Crew call was at 1200 at Stettler station and that is where I was introduced to the highly professional and friendly staff of the APR. I was to ride on APR steam locomotive Number 41 with Kelly Gillespie and Kevin Quigley. They quickly showed me around and made sure I had everything I needed.

Kevin gave me a detailed rundown of the grades on the line and what to expect. As a fireman it is vital to know the route, especially the grades in order to provide the engineer with the steam he needs when he needs it. When the locomotive is working hard climbing with a heavy load the boiler pressure will begin to drop as steam is used, so a bigger fire is required.  With greater demand for steam more water is used. This in turn requires water be added to the boiler. The addition of cold water to the boiler will result in a further drop in pressure. If the fireman doesn’t know what to expect he could quickly find his fire inadequate and that he is out of steam. This would be embarrassing to say the least!

There is another more dangerous aspect to the grades from the fireman’s point of view. If he doesn’t have enough water in the boiler when the locomotive crests the top of the hill, the water will rush to the front of the boiler, and if there isn’t enough water in the boiler it will expose the crown sheet. The crown sheet is the wall at the top of the firebox that separates the fire box and boiler. If not corrected quickly the crown sheet will be “burnt”. The crown sheet is metal so it doesn’t actually burn, but is does deform and melt in places, weakening the structure and possibly causing a catastrophic failure. This would result in the explosive release of steam from the boiler. The consequences for the crew in this case would be much worse than embarrassment.

While learning the route I was able to enjoy the beautiful pastoral country the line passes through. The route is lush and green, and at times reminiscent of rolling hills in the south of England. Some of the grades are very demanding and Number 41 was barking fiercely during the climb. It will be amazing when 41 and 1392 are working together with the exhaust beats wandering in and out of sync. They will both be barking loudly!

Also readily apparent was the quiet efficiency and professionalism of the APR staff. The customer service staff work very, very hard to make the trip memorable and comfortable for all the passengers. I look forward to working with such an exceptional team and am excited for the amazing spectacle Rails and Tales will be! Tickets are still available; if you are interested you should act quickly to avoid disappointment. Visit railsandtales.ca for details and tickets for the trips 28 June to 5 July. 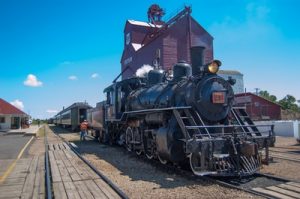 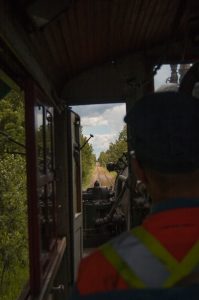 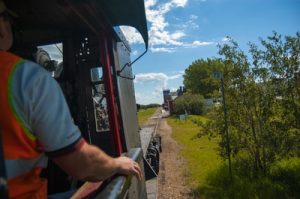 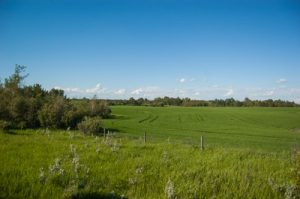 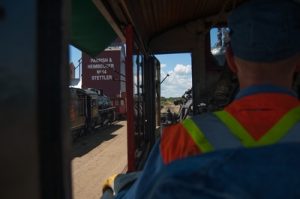 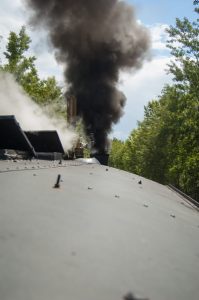 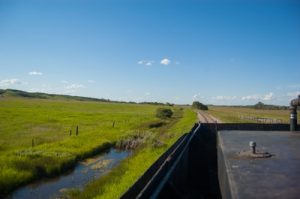 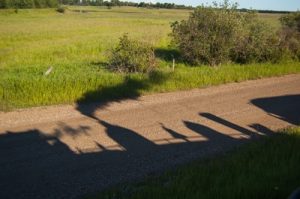