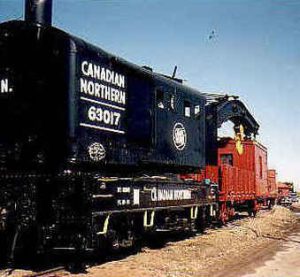 Most of its career was spent working out of the station in Hanna, Alberta. It was self-propelled and powered by a vertical steam boiler inside the cab. Below are two plaques from the crane. Its original number is visible on the plaque at left. 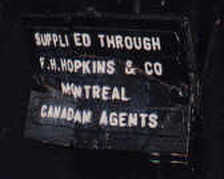 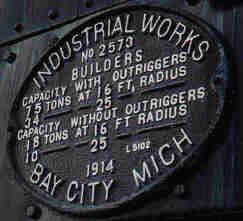 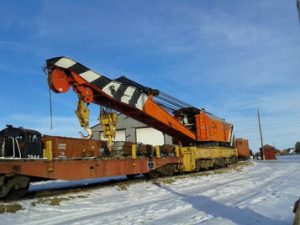 This diesel crane was built by Industrial-Brownhoist and bears serial number 12325. Its capacity is 250 tons. Its companion idler (on the left) was built as a flat car 634520, converted to an idler car in 1979 and renumbered to 54597. The idler allows the crane to be placed in the centre of a work train. Without it, the coupler underneath the boom would be inaccessible. 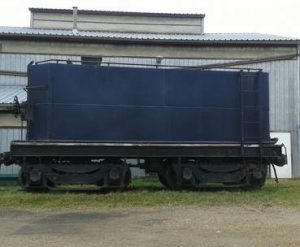 This  tender is an example of railway ingenuity in adapting cars from one service to another. It was fitted with a coupler in place of the draw bar. A hand brake and regular air brake equipment were applied so it could be used as a regular car. The coal bunker could be emptied unless the tender was to be used with a coal-fired crane or pile driver. The tender currently stores water in the summer season only. 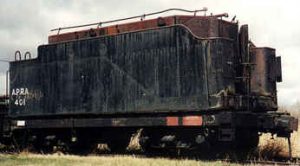 51566 was formerly a tender for Grand Trunk Pacific 4-6-0 Locomotive 618 which then became CN 1441. This tender was last used with CN piledriver 50122. It is equipped with arch bar tender trucks fitted with heavy duty leaf springs and steel-tired wheels with 5.5 x 10 journals. Steel tired wheels were required for passenger service.

One of the lesser known benefits provided by the tender was the unintended service it provided to “the knights of the road” (hoboes) when traveling on a cold winter’s night. The warmth radiating from inside the water tank, combined with some pieces of cardboard for a mattress and an old blanket or tarp, provided the economy-minded traveller a reasonable degree of comfort during his journey. 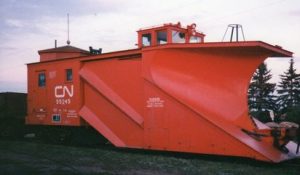 This snowplow was built by Russell Car and Snowplow Company for the NAR and numbered 16531. After amalgamated with CNR in 1981, the snowplow was numbered 55245. This all-steel has wing elevators and is equipped with ice diggers. It requires paint and the installation of gauges and some fittings. 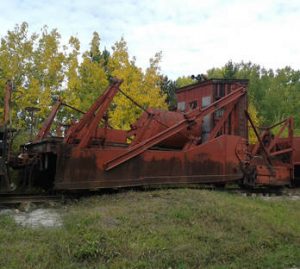 This spreader was built by O.F. Jordan Company for the Alberta and Great Waterways Railway.  It was delivered to the NAR in 1929 and numbered 16522.

It is used for spreading ballast along the side of the track and for clearing track-side brush which increases drainage for a better roadbed. The spreader also plows snow from the right-of-way. A locomotive would push the spreader and provide compressed air supply to run it. The cab and decking of the spreader was restored in 2011.

The builder’s plate on the side of the spreader reads: 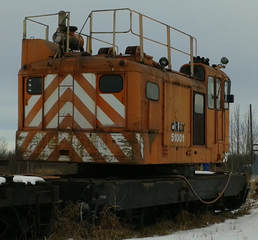 This diesel crane (Model 840) was built by American-Ohio Crane for the Steel Company of Canada (Stelco). It was used for lifting scrap in the Alta Steel Plant in Edmonton. Additional cable is now required to reattach the crane boom and magnet that came with the crane. 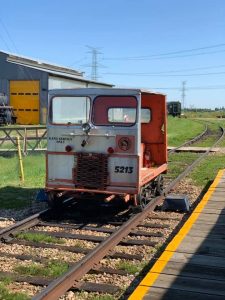 Speeder cars like the 5213 were used on the railroad by track inspectors and work crews to move quickly to and from work sites. It is now used to transport visitors on regular summer weekends.