Today the ARM steam crew of Terry Wolfe, Ted Vangunst, Leon Belov, and Joel Mullan fired up 1392. She had been brought up to pressure yesterday so the crew had a headstart as she retained around 40 PSI overnight allowing operation of the atomizer and blower to bring her back up to pressure this morning.  A few problems were found along the way, but they were all resolved quickly and without too much difficulty. After lunch 1392 got a clearance and headed out on the main line to a point just south of Warden with pilot and trainman provided by the APR. On return to Stettler 1392 coupled to Alberta Prairie’s Number 41 which had been fired up this morning. The two locomotives then collected a couple of coaches and headed back out onto the mainline to Warden to practice running together. At Warden the train stopped so the two locomotives could be photographed with CNR 6060 before heading back to Stettler.  The final shakedown of 1392 and dress rehearsal with 41 were successful.  The big show starts tomorrow at 1600! For tickets see railsandtales.ca 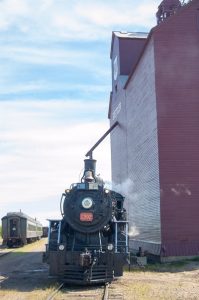 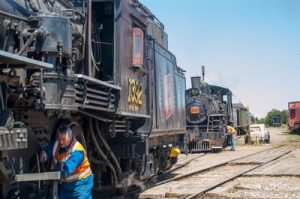 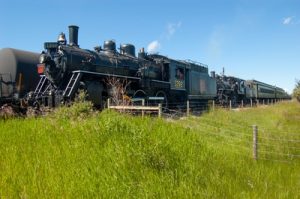 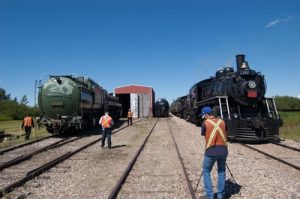 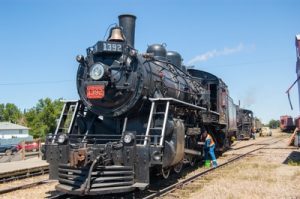 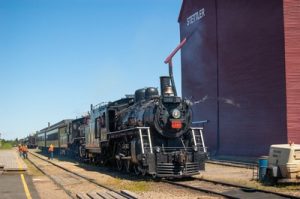 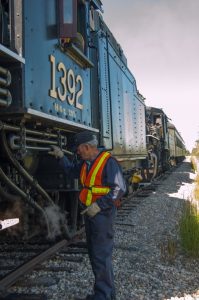 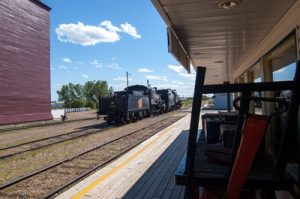